Christians have become dangerously complacent with their knowledge of the truth. They have followed the pattern of the world and too often consider God common. They haphazardly toss out to an unbelieving world that a man named Jesus was brutally beaten, hung on a cross, stabbed through the chest, buried in an extraordinarily secure tomb, and somehow he walked out alive. Not only did he break every known physics, medical, historical, and logical law known to humankind, he also claimed to be God.

I hear some Christians make such irrational claims of truth with nothing more than the words, “And you should believe this to be saved.” When the person questions them, or does not believe, they are shocked, saddened, or shake their heads in disbelief.


It is perfectly logical and sane for someone not to believe such radical and anti-intellectual claims.

Christian faith is the evidence of things hoped for, the assurance of things not seen (Hebrews 11:1). Did you hear that? Our faith is not like that of the cults or other false religions that ask you to believe them simply because they say so. Or to follow them and after a while they will enlighten you with “new” knowledge no other human has known before now. No! Christian faith is logical, rational, and based upon solid historical data and medical evidence.

This is what we know and is uncontested by serious scholars:
Each of the five theories—keep in mind this is the best-of-the-best over 2,000 years could come up with—have been thoroughly defeated.
Many atheists/agnostics claim Christians believe in Jesus because they want to. Let me assure you, I do not believe in Jesus because I want to. Think about that: who wants to believe that God will judge them for their thoughts and actions, their family will face a real hell, and that they need to turn from their human instinct ways? That is not something about which I dream. I believe in Jesus, because I can no more deny my very existence than deny the reality of the events as recorded in the Bible and at least twelve extra-biblical sources.


Jesus is real, His words are real, His judgment is real, His wrath is real, and He loves you so much He died for you so you can avoid a real Hell intended for the Devil and his cohorts. “If you confess with your mouth that Jesus is Lord and believe in your heart that God raised Him from the dead, you will be saved.” (Romans 10:9)
Salvation is not a prayer nor is it simply words; it is action. Belief is a verb. Faith is something that inherently alters your actions or it is not faith at all (book of James).

I challenge you to disprove the resurrection as so many have tried to do in the past. Not just cursory searches as though you were looking for a recipe for cookies, but a true and diligent study of the known information. Take a few weeks to know for certain you are correct. What else are you doing? Many have set out to disprove His resurrection and have the intellectual integrity to admit their mistake. Sadly, many more have not. 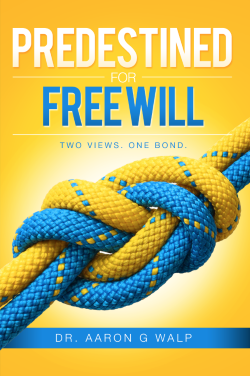 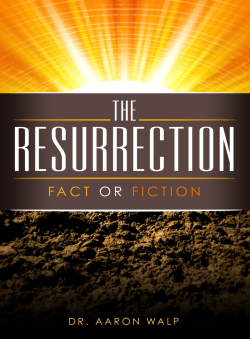